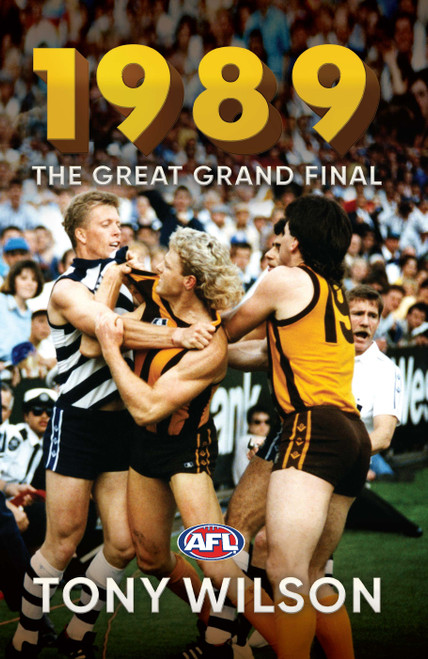 The 1989 Grand Final between Hawthorn and Geelong is considered one of the greatest of all. Hawthorn, seeking to go back-to-back for the first time was against a Geelong team that had not been in a Grand Final since 1967. The match had everything: unbridled violence, high scoring, Gary Ablett’s nine goals, and a Geelong fightback that saw it claw back a six-goal deficit at the last change to lose by a goal. At the end of the match, had it been a draw, a dozen players could not have turned out for the rematch. Injuries included broken ribs, multiple concussions, ripped muscles, punctured lungs.

In 1989: The Great Grand Final, Tony Wilson takes a look back on one of the most spectacular games in footy history.