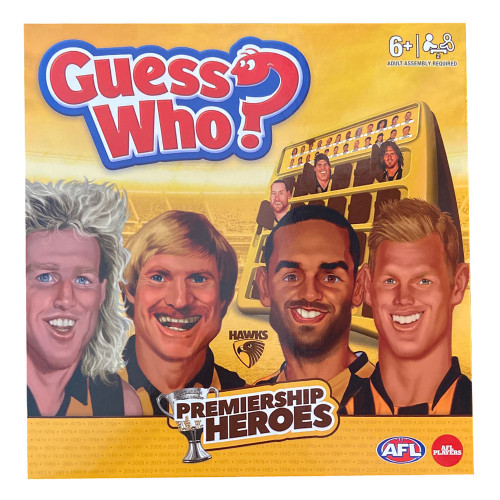 Hawthorn Football Club Guess Who?
The original guessing game with all your Hawthorn premiership heroes!
Hawthorn Football Club has a proud and unique history, having grown from a small suburban team established in 1902 into the AFL powerhouse it is today. The Hawks have won more premierships in the last 60 years than any other team, raising the cup 13 times; 1961, 1971, 1976, 1978, 1983, 1986, 1988, 1989, 1991, 2008, 2013, 2014, 2015. And haven't Hawks fans been blessed with some incredible talents over the years; from Dermie's blonde locks, to Crawf's mischievous grin, the Hawthorn faithful would recognise these favourite sons from a mile away.
It's time to channel the Hawthorn spirit, unleash your competitive side and utilise those footy smarts, can you figure out which premiership hero is the mystery character?
×