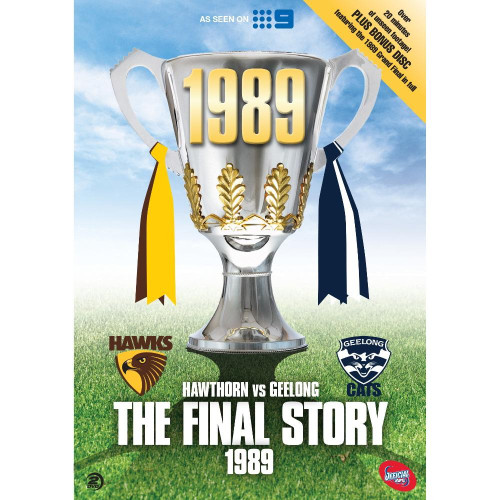 September 30 1989 – a day generally regarded as the greatest day in VFL/AFL Grand Final history. On this day no word other than epic accurately describes the encounter between Geelong and Hawthorn. Could the fast and supremely skilled Geelong – with the mercurial Gary Ablett Senior running rampant – overcome a decade of dominance from the mighty Hawks? Brutal fierce laced with utter brilliance – this was a game for the ages with some of the greatest players of all time plying their skill at the one time.

Also featuring rarely seen behind the scenes vision of the Hawks this is a must see for all football fans.

'1989' The Final Story has been produced to appeal to all football lovers no matter who they support with its portrayal of the impact both positive and negative on the lives of all those directly involved.