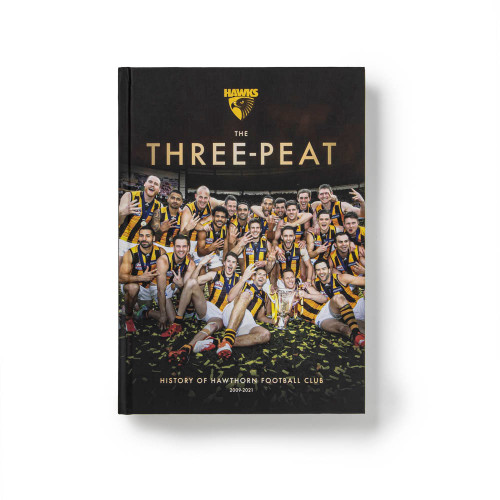 Ready to ship, secure yours now.

The Three-Peat: History Of The Hawthorn Football Club

When Hawthorn won the 2008 premiership some believed it was a flag that had come earlier than expected, but that the group who had grasped that surprise victory was capable of creating a dynasty. It took some time for that view to come true, but through the middle of the next decade Hawthorn, with many of the 2008 team providing a backbone of experience, skill and coaching expertise, became one of the League’s greatest teams.
The Hawks played in four Grand Finals – from 2012 to 2015 – and became just the fourth team in League history to achieve the ‘three-peat’.

‘We were always on edge. We’d be playing a bottom team and the coaching staff made us feel like we might get beaten if we don’t show up. Then we’d win by 12 goals. That was the environment that was created because it was so competitive. It was always an environment where you could never be comfortable.’—Jordan Lewis, four-time premiership player