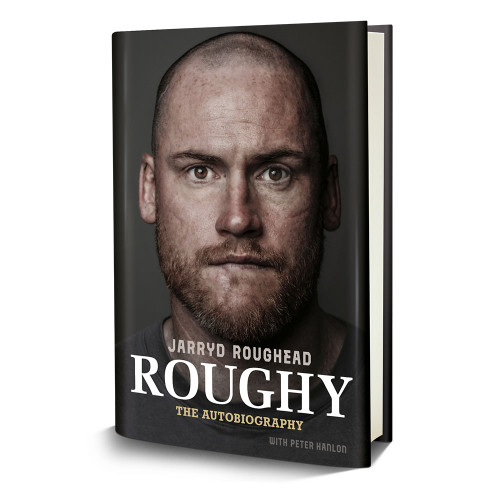 Roughy is a story of perspective, a must-read of 2020 that’s much more than a footballer’s tale.

This isn’t just the story of a sportsman, or one about that footballer with cancer. Roughy is the story of a man with a unique take on life; a grounded, take-it-or-leave it attitude that has led Jarryd Roughead to be part of AFL history.

After a typical country childhood, Jarryd was drafted by Hawthorn in 2004, playing for the Hawks for his entire 14-year, including the famous three-peat. In 2016 he was diagnosed with cancer, and while his treatment involved a clinical trial that saved his life, the side effects threatened his return to AFL. But not only did Roughy come back as good as ever, he captained the club he loved, and retired as a one-club man.

Roughy is Jarryd’s journey, told through his eyes and some of his nearest and dearest, offering a frank insight into this four-time premiership winning legend and his life.